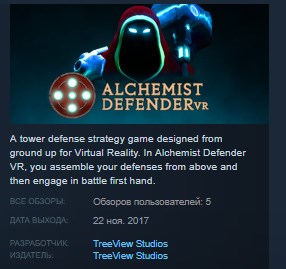 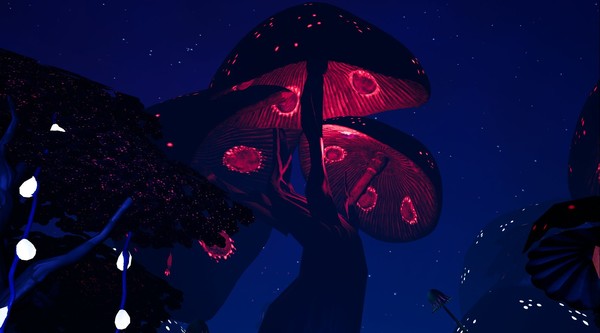 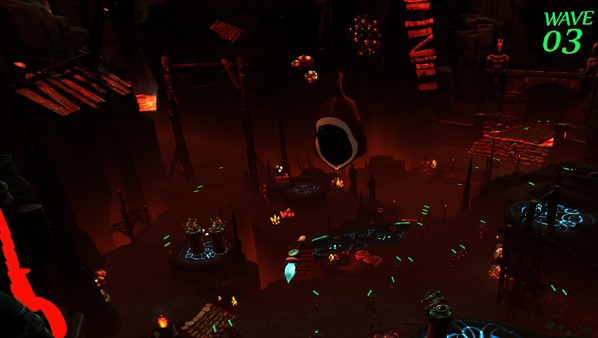 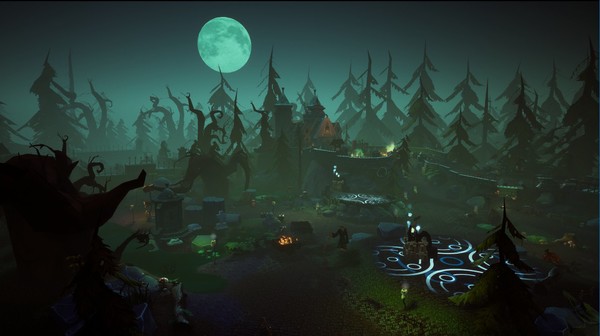 SteamMarket® information about the seller and his items
offlineAsk a question

Take on the role of a Master Alchemist who after years of researching and crafting tools to find the Philosopher´s Stone, have invented a portal to new worlds. The energy of those lands will fuel your final journey to reach the Stone.

To your surprise you are confronted by a rebellion in each world you plan to consume. Now in the midst of glory only a final resistance stands between the Alchemist and absolute power.

Will you be able to stand your ground and dominate those who resist?
Key Features
Carefully balanced tower defense game-play.
4 full featured levels.
Each level composed of 10 waves of incremental difficulty inspired in the Golden Ratio.
Three sets of Turrets: Fast Cannon, Frost and Mortar.
VR Diegetic Game UI displayed as the Alchemist Spell Book.
Melee first person VR combat using: War Hammer, Spiked Mace, Chain Flail and Ice Sword.
Ranged first person combat using Musketoon style firing arm, Explosive Crossbow, Grenade Launcher and Chemthrower.
Proximity mine power weapons including explosive blast, chemical shock, ice shot and void hole.
Turret relocation.
Multi class enemies for each level.
Community
Alchemist Defender VR was launched as Early Access inApril 2007. We have come a long way from the initial Early Access launch to the current live version. We have a Discord Server with all of the Development Team and fellow Alchemists. We would love to discuss any aspects of the game including game design, game balance and bugs through our discord. Just send us a private message to join.
Credits
Developed and published by TreeView Studios

1. You need to download and install Steam http://steampowered.com/download/SteamInstall.msi
2. Go to your account or register a new one.
3. Go to the "My Games" and select "Activate via Steam ...", and enter the key received after payment.
4. Once activated, the game will appear in the game list (Library) and you can download it