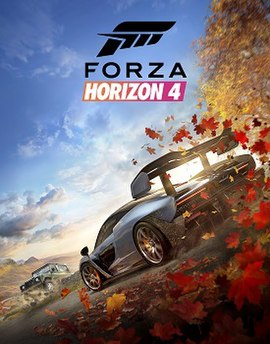 The sale of this product is suspended.

OnePlay information about the seller and his items

Forza Horizon 4 is an open-world racing game developed by Playground Games in partnership with Turn 10 Studios under the Microsoft Studios publisher for the Xbox One game console and Microsoft’s PC. It is the fourth main part in the Forza Horizon series and the eleventh in the Forza series.

Game process
The game takes place in the UK, the gameplay is focused on the interaction between players in multiplayer mode. One of the main features of Forza Horizon 4 is a dynamic change of seasons, which also reflects the change of time of day and weather conditions that will directly affect the gameplay - you can drive a car in winter, summer, autumn and spring, and grip will also affect the gameplay. visibility behind the wheel and the type of competition such as off-road, circuit racing and drift. Players are given the opportunity to collect more than 450 cars and customize them to your taste, as well as drivers.

You will purchase only the digital key itself. Land delivery of the flyer is not carried out.
WARRANTY TO ACTIVATE THE KEY 24 HOURS, please do not try to return the key in a week´s time, etc. Keys are not suitable for resale

Code activation:
1. Go to the site http://www.xbox.com
2. Click Sign In in the upper right corner.
3. Enter your details and go.
4. Go to the Manage Profile.
5. Go to Add Microsoft Points
6. Select Redeem Code and click Next.
7. Enter the Prepaid Code.